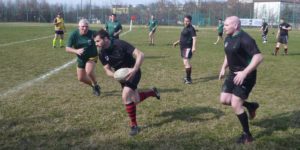 In 2013, it became a member of the Rugby League European Federation with Observer status.

It organises the national team’s matches, events and training sessions.

It also hosts and organises a variety of X-League Competitions and sessions throughout the year.