The limited contact game takes a giant leap this May Bank Holiday weekend as the first competition in partnership with the RFL will be played at the famed Saddleworth Rangers club in Oldham on Sunday May 5th .

Players will travel from dales of Yorkshire, the hills of Lancashire, the foot of the Don River and also the banks of the Danube as Hungarian Rugby League Federation representatives, Zsolt Lukacs and Norbert Csapkai, ardent supporters of EuroTag Rugby League, will bolster the ranks of the Wakefield Blues. The format will be a round robin with an all in “War of the Roses” match scheduled later in the day.

Chairman of the EuroTag/TTB steering group Des Foy said “We are very excited about the future association with the Rugby Football League, we are very grateful to Marc Lovering for taking time to review the concept and push it forward, we have assembled a steering group of players, coaches and referees with a single goal, more people playing and enjoying Rugby League, and as I have been saying for years now, I believe this version of limited contact league is the best blend of rules and the ultimate gateway game.” 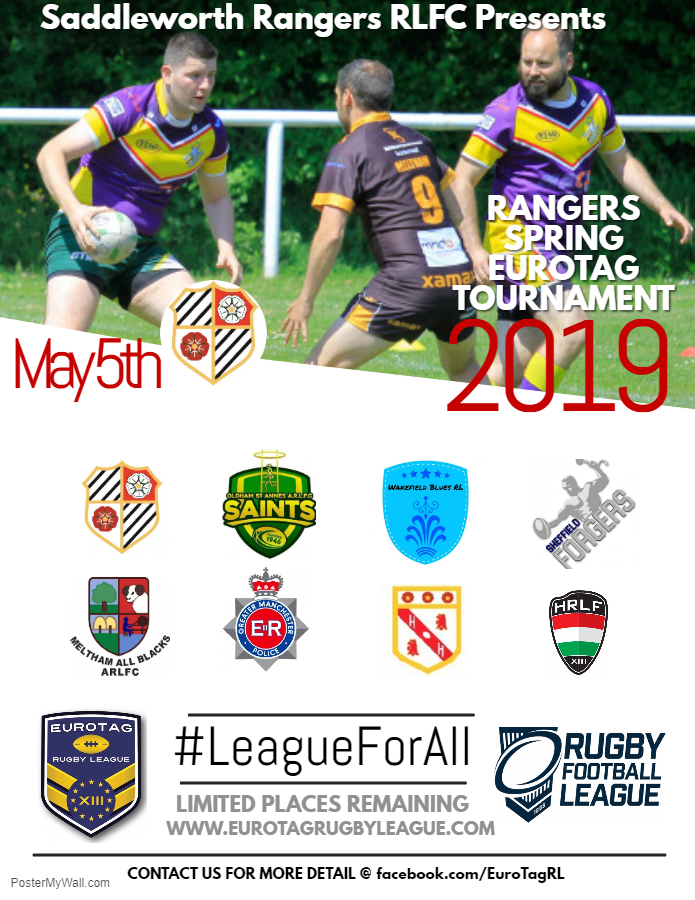