Welcome to X-League, a new partnership with the RFL and a World Cup in the offing.

The limited contact version of Rugby League formerly known as EuroTag has developed a lot since its inception 2014, there is now a global steering group, a partnership with the RFL and A World Cup event planned for 2021.
The concepts main developer Des Foy explains the origins : “Initially it was a training game that i came up with to encourage players to focus on stopping the ball in the tackle. It was particularly aimed at union converts to League who usually tackled around the legs and didn’t prevent the offload in the tackle. I also used it with professional union players when I was invited to do some defensive coaching with the Irish provincial side, Munster”
The concept needed guidance and now has that from a steering group that consists of a wide variety of like minded Rugby League enthusiasts from all over the game. Des lays out the expansion of that, “We codified a set of rules, making it a game similar to the version of Touch that I had grown up playing and that was used as a warm up game throughout the game. Over time, through consultation with members of the Steering group who were playing the game regularly, we tweaked the rules here and there to arrive at the RL variant we now have ‘X-League’, the group consists of a number of brilliant individuals, some in Rugby League heartlands like Oldham and Brisbane, some in frontier towns like Budapest and Dublin, at the end of the day we get on very well as we are Rugby League people and want whats best for the game.” 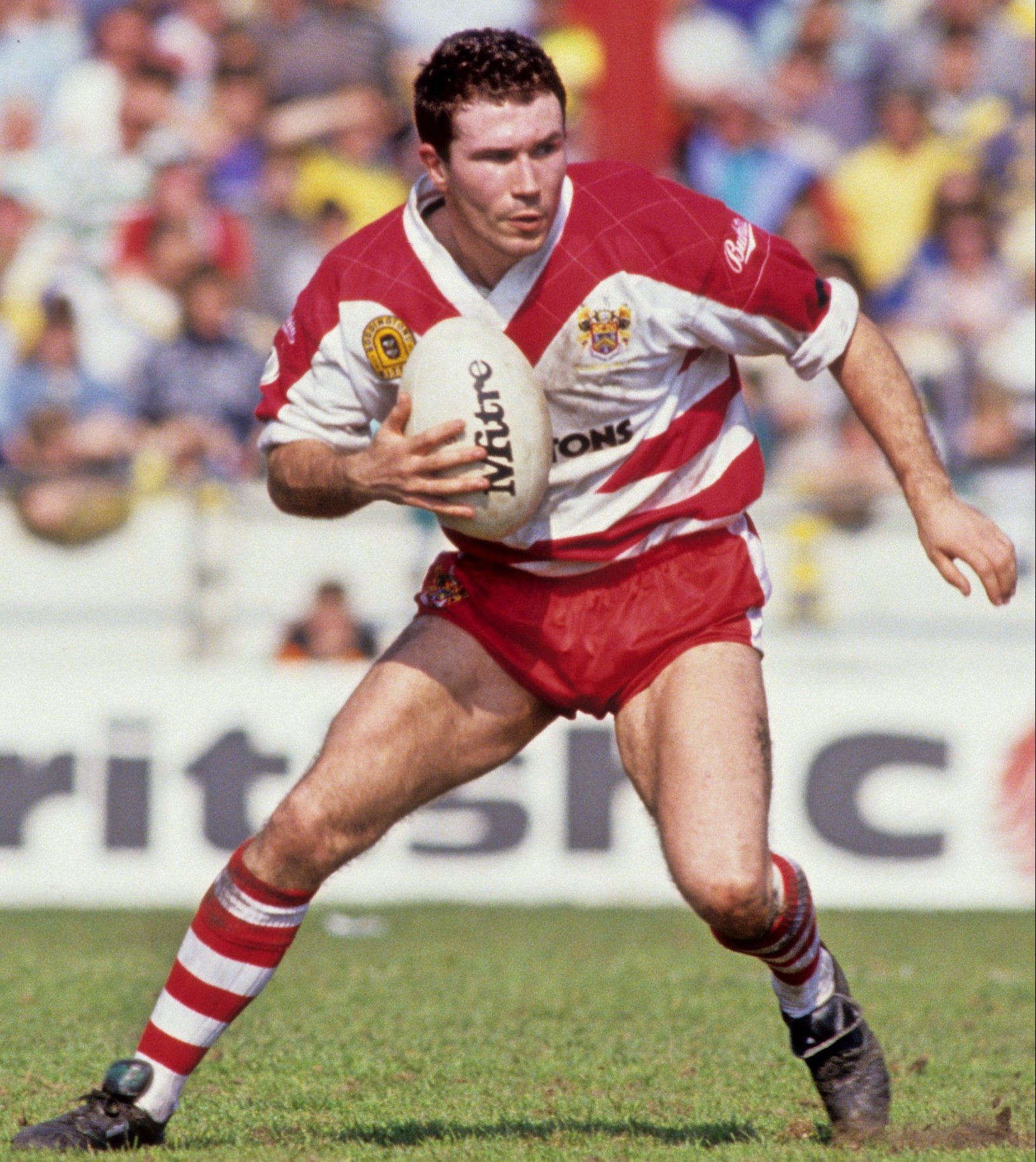 The game-play in X-League has a very vintage feel and that not by accident. Des explains “I think the modern game of Rugby League has become a little bit formulaic, low risk plays getting out of your own half, and a reliance on block plays when teams do actually try to attack. Because our game is played on a smaller pitch, teams can attack from anywhere. our focus is on skills, creating space, pass selection, footwork and offloads. it isn’t about attrition. We firmly believe that players can improve their skills and decision making, by playing X-League and that those skills are transferable to the full contact game.”
As well as being a chairperson of the X-League Steering group, Des runs a regular X-League session in Killarney, Co.Kerry Ireland, “It cannot be overstated how important the contribution of KTRA in Kerry has been to X-League, we are starting our seventh year of all-year-round sessions, the range in ability, age, and athleticism is vast and it has become a fantastic proving ground for the concept. The concept has grown from there with pitfalls and loopholes being discovered and terminology adapted, the players there play in a great spirit and are certainly not afraid to question decisions, that has been vitally important in the continuous development of X-League” 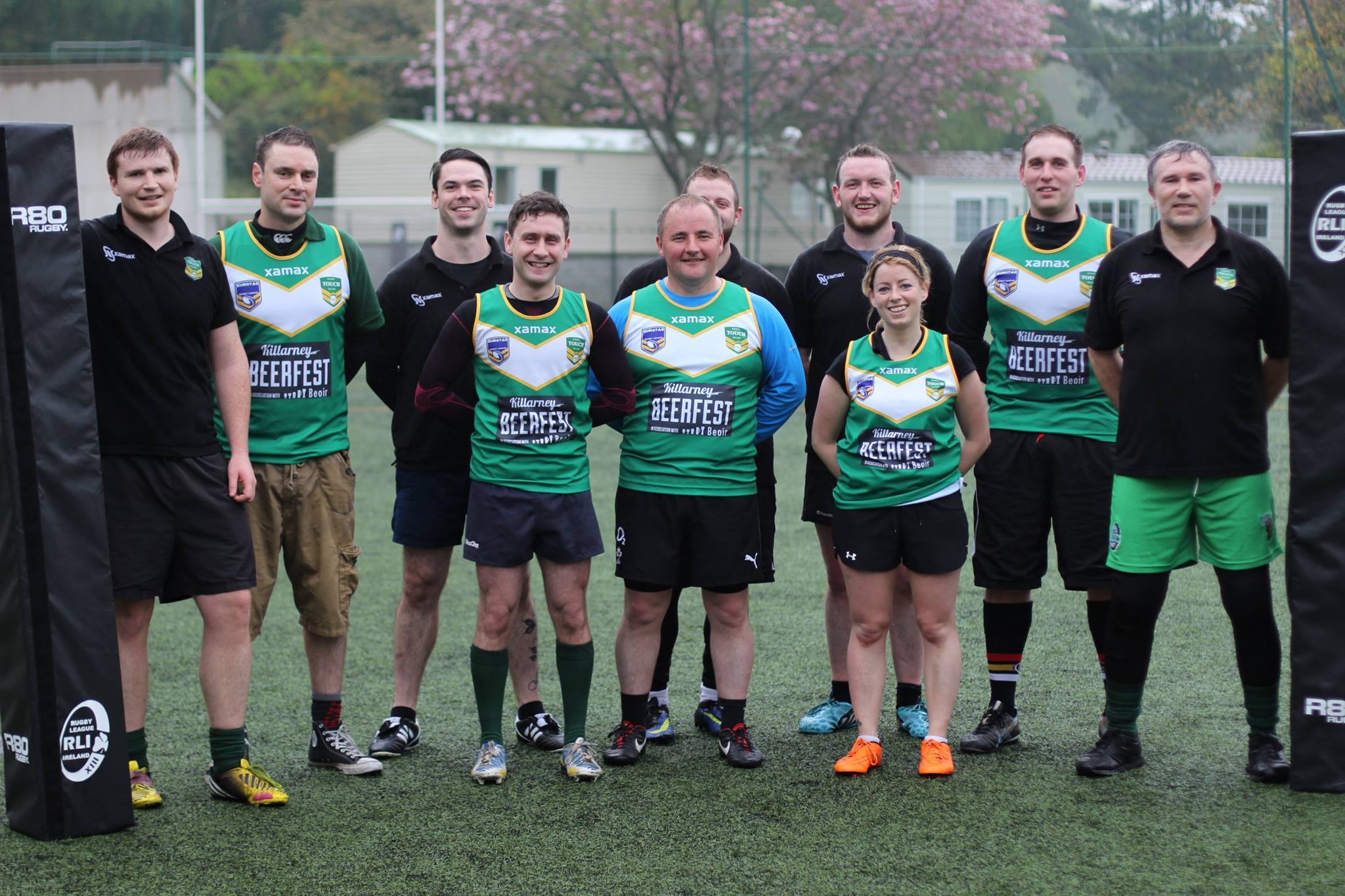 Recently X-League have developed a partnership with the RFL has been a huge boost to the concept and an appearance at the Grand Day Out in Blackpool in late 2019 was a great experience for all involved. “The RFL support has been great for us. To be accepted into the rugby league family of variants is a dream come true and to be a part of the Grand Day Out in Blackpool, alongside Masters, Wheelchair, Touch, Tag, Disability, etc was great. Especially getting to showcase our variant on the main pitch, with the cameras rolling and Paul McDermott adding his expert knowledge to the commentary, helping to explain the rules.”
The future for X-League looks bright, with a World Cup event to coincide with the the RLWC2021 the steering group will soon be looking for official expressions of interest. “Im so pleased to see RFL and RLWC2021 embracing all variants as legitimately Rugby League. It will be such a privilege to be involved in putting on a X-League World Cup event at the same time as the main RLWC2021. Our ethos will remain the same, it will be about the enjoyment you get from using your Rugby League skills, and acknowledging when quality play by your opponents results in a positive result for them. It will be great to be giving an opportunity to the broad demographic  that can participate in X-League, from around the world to be part of the Rugby League family at the RLWC2021.” 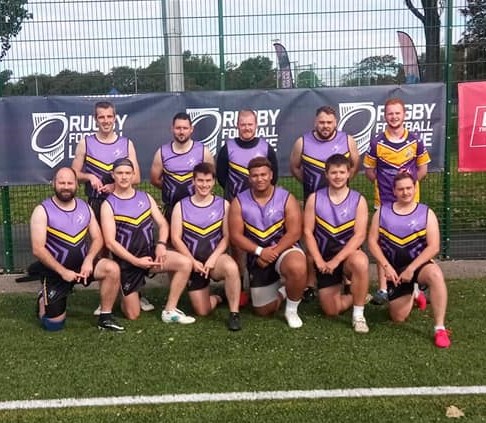